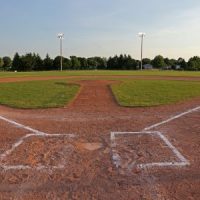 On August 17, 1920 Ray Chapman became the first and only baseball player to lose his life during a Major League Baseball game. While others have died in high school, college, and minor league games, Chapman is the lone casualty of the Major Leagues. Since then, major changes have been made to the game. Firstly, the spitball and any form of ball doctoring was made strictly illegal (except for a few pitchers who were grandfathered in). Second, a discussion around batting helmets began to occur, although they would not become mandatory until much later. Lastly, umpires were expected to ensure that the balls were clean and that the covers weren’t distressed. In fact, Carl Mays, the man who delivered the fatal pitch, had asked for another ball prior to throwing the pitch.

Since then, baseball has become much safer, but the ball remains a huge issue. It’s extremely hard, for one, and moves routinely at speeds above 100 mph. For that reason, little league and high school coaches need to be aware of everything that is happening on the field when they’re conducting practice.

A high school baseball player took a line drive to the temple. At the time, he appeared okay. He shook it off and drove home. However, once he got home, he immediately collapsed. After being taken to a local hospital, he had to be flown to Orlando.

He survived. However, his parents are not pleased. According to the parents, directly after receiving the injury, the boy was “forced” to continue to partake in team events. His parents contend that a greater effort should have been made to take the boy to the hospital to ensure that there was no hemorrhaging.

The coaches are accused of failing to respond appropriately to a serious medical event that happened within their control.

The story of Ray Chapman is among the most distressing in baseball history. By all accounts, he was a great guy, beloved by his teammates, who married up in the world and had his whole life ahead of him. His father-in-law did not want him playing baseball because he could make more money as a businessman and there was less intrinsic danger. Chapman wanted to play one more season so he could win a championship with his team. Chapman, who played for the Indians, would not survive the season, but the Indians won the World Series that year.

Carl Mays, who was a spitball pitcher who threw an awkward submarine-style underhand pitch, went on to have a Hall of Fame career. While initially being hated by the league for Chapman’s death, no one believed he threw intentionally at Chapman’s head. Mays was never inducted into the Hall amid allegations that he threw a World Series game that his team went on to lose with a sizable lead.

Baseball coaches, teachers, and counselors have a duty of care to ensure that children in their care receive immediate medical attention when injured. The Miami personal injury attorneys at Payer Law file lawsuits on behalf of injured plaintiffs. Call today to schedule a free consultation and we can discuss your options in more detail.

By Payer Law | Posted on November 30, 2021
We Handle All Types Of Personal Injury Cases