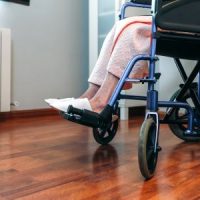 You hear about a lot of personal injury lawsuits emerging from nursing home abuse. You do not hear a lot about the Justice Department filing civil complaints against nursing homes. It’s hard to imagine how substandard the conditions have to be in order for the DoJ to involve themselves in a civil prosecution. The company runs several nursing homes in the U.S. and each of them have been cited for numerous abuses. At this point, there are no independent articles on the lawsuit, only the Justice Department’s announcement that it intends to sue the company. Below, we’ll take a look at the allegations.

The Justice Department contends that three nursing homes run by the American Health Foundation provided grossly inadequate services to residents. Chief among these allegations are that the nursing homes lacked adequate infection control procedures and did not maintain adequate staffing levels. Residents were housed in a dirty infested building, gave patients unnecessary medication such as antipsychotics and sedatives, failed to safeguard the personal belongings of the residents, subjected residents to verbal abuse, neglected to provide residents with recreational activities, and denied psychiatric care that was actually needed. Other allegations include failing to keep consistent medical records.

The nursing home conglomerate is accused of taking taxpayer money and providing grossly substandard services to residents. They are accused of fraud under The False Claims Act.

Post-2020, the U.S. government took active aims to corral nursing homes which contributed more COVID deaths than any other sector of the population. They launched an investigation and are not prosecuting those homes with the worst records. It is part of a broader Elder Law initiative to protect seniors from abusive nursing homes.

In response to nursing home deaths during the pandemic, the U.S. government wanted to clamp down on substandard nursing homes. This lawsuit is part of a broader initiative to set a standard for the quality of care.

While the nursing home itself is being sued by the federal government, it is also possible that criminal prosecutions will emerge related to individual shot callers and staff who committed crimes against the patients. As it stands, most of the allegations center around prescribing medication that was not needed and charging insurers for it. Such lawsuits are filed under the False Claims Act and related directly to payments made by Medicare and Medicaid.

Authorities say that the most egregious example of abuse took place when one of the nursing homes admitted a patient who had tried to harm themselves on their property. The patient was left unwatched and was later found dead by suicide after he hung himself with his bedsheets.

Payer Law files lawsuits on behalf of patients who have been injured, abused, or died in the care of a nursing home. Call our Miami personal injury lawyers today to schedule a free consultation and learn more about how we can help.

By Payer Law | Posted on September 9, 2022
We Handle All Types Of Personal Injury Cases