Jury Rules In Favor Of Employer During COVID Quarantine Suit 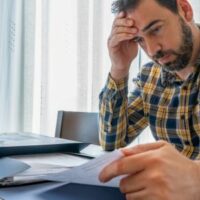 Employers and their workers’ compensation insurance providers were supposed to pick up the tab for workers who were required by doctors to quarantine during the pandemic. However, one case that made it to trial was officially shot down by jurors who found that the plaintiff’s lack of credibility made it impossible to rule in his favor.

In the lawsuit, the plaintiff sued his employer for denial of benefits in violation of the Families First Coronavirus Relief Act. Employers were expected to provide benefits to employees who had to miss work while ill with the virus. The employee told his employer that he contracted the virus and needed to quarantine for 14 days. However, the plaintiff never saw a doctor which became apparent when his employer asked him to provide a written note saying it was okay for him to come back to work. The note made it obvious that the employee had lied, had never seen a doctor, and perhaps never had the virus.

On March 20, 2020, the plaintiff began coughing and immediately reported the symptom to his supervisor. His supervisor sent him home and asked him to complete the forms for his paid sick leave. After 14 days of quarantine, the plaintiff asked to come back to work. However, his employer required a doctor’s note. The plaintiff procured a doctor’s note, but the employer refused to accept it. The note only said he had quarantined for 14 days. The employer needed a note saying that he was no longer contagious. The plaintiff got another note, but by the time his COVID test had returned, his employment was terminated.

The plaintiff sought the recovery of back pay from his employer as well as punitive damages related to the retaliation for firing him after his claim. The plaintiff got neither when a discrepancy in his paid sick leave forms indicated that he was under a government-mandated quarantine as opposed to a doctor-mandated quarantine. The note was the final nail in the employee’s coffin. The note indicated that the employee never saw a doctor and was thus never required to quarantine, even if he had minor symptoms of the virus.

The credibility of the plaintiff was further tested when he admitted in open court that he had lied on the forms and to his employer concerning whether or not a doctor had ordered him to quarantine for 14 days.

Meanwhile, the plaintiffs hoped to press discovery related to their employers payments to sick employees during that period of time. However, the judge refused to allow the plaintiff access to that information which may have severely harmed his case. In truth, whether or not his employer spent one dime on other employees was irrelevant to his specific claims arising from this dispute. Even if the employer denied all claims related to quarantine, this employee submitted false information, which is a crime. With his hands unclean, the jury dismissed his complaint.

By Payer Law | Posted on August 6, 2021
We Handle All Types Of Personal Injury Cases