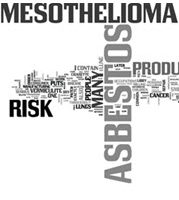 A jury has awarded a Tacoma man $11.2 million in damages after he contracted terminal mesothelioma from his job dismantling WWII-era warships. The 75-year-old worked three years dismantling old warships for his company between the years of 1970 to 1973. He filed a lawsuit against his employer and the port. A jury returned a verdict holding only his employer responsible for his terminal illness.

According to the plaintiff, his company failed to warn or protect him from asbestos hazards aboard the ships. Deaths related to asbestos had been documented as early as 1906. The defendants blamed the plaintiff’s condition on the plaintiff. They said he should have worn a respirator while working. However, the plaintiff testified he had no idea that the insulation used on the ships had dangerous levels of asbestos. He said the company never warned him nor offered protective gear to prevent serious injury.

Would this work in Florida?

This lawsuit was filed in the State of Washington which permitted an employee to sue his employer for exposing him to a dangerous chemical. However, Florida makes it very difficult for an employee to sue an employer for such exposure, even when the employer knows they are exposing their employees to dangerous chemicals without protection. In this case, the lawsuit was allowed to move forward and a jury sided with the plaintiff awarding a major.

In Washington, an employee can file a lawsuit against his employer if the employer knew that they were exposing the employee to danger and then did nothing to prevent their injury. In this case, the plaintiff was successfully able to argue that the injury was “intentional” in accord with their laws.

In Florida, you can sue for intentional injuries and occasionally sue your employer for asbestos exposure, but both are quite difficult to win. You must be able to show that your employer was negligent or failed to warn employees about key dangers. The employee must have never applied for workers’ compensation benefits. If it turns out that an employer knew about the danger and failed to warn the employees, then a lawsuit may be possible. However, workers’ compensation only covers accidents that occur on the job. If an employer intentionally exposes their employees to dangers and fails to inform them about those dangers, workers’ compensation may not consider that an accident. In that case, the employer could be sued directly because workers’ comp refuses to take the claim.

Talk to a Miami Work and Personal Injury Attorney Today

If you’ve been exposed to a dangerous chemical while on the job, the Miami personal injury attorneys at Payer Law can review the incident and determine if workers’ compensation or a direct lawsuit against your employer is the most appropriate course of action. Call today to schedule a free consultation and discuss your options in more detail.

By Payer Law | Posted on September 17, 2021
We Handle All Types Of Personal Injury Cases