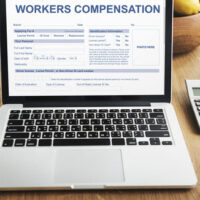 This situation brings up a number of interesting issues to the forefront. Because the incident took place in California, which has much more extensive civil rights and labor rights rules, it’s very likely that the same ruling would have been reached in Florida as well. Below, we’ll take a look at what happened and how it could have played out differently.

An employee for a California company was the subject of extensive bullying. Coworkers and supervisors often swore at the man and referred to him as “stupid” and “idiot”. At one point, another employee pushed him to the ground. This employee was fired for violating the company’s policy on workplace violence.

In 2015, the worker was placed on leave due to the emotional distress he suffered at the hands of other employees. But before he was set to return to work, he took his own life. The family believed that the workplace culture was responsible for his death, and they very well could have been right. However, that alone isn’t enough to waive employer immunity.

California, like Florida, has an exclusivity rule. If an employee is injured on the job, even if the employer is negligent, the claim must be processed by workers’ compensation. The employee is barred from filing a lawsuit against their employer.

The only exception to this rule is when there is a civil rights violation or some other law was broken. In this case, the judge ruled that the type of abuse that the employee suffered was in league with normal workplace activities. Had the employee been developmentally disabled, been called racial slurs, or even attacked for his sexual orientation, California would have had no issue allowing a lawsuit to proceed. Neither would Florida, for that matter. However, calling someone an idiot because they failed to complete an assignment or because they became angry at the worker for their work-related actions does not even rise to California’s standard of a civil rights abuse.

Since the judge found that the abuse was not a civil rights violation, the personal injury lawsuit was dismissed on the basis of the exclusivity rule. The family will be able to recover death benefits from the policy, but these are nowhere near what they would have gotten in a personal injury lawsuit. The case will likely be appealed or refiled. Attorneys will need to show that the bullying constituted a civil rights violation and was not part of a standard workplace environment.

If you’ve been injured in the workplace or due to another individual’s negligence, call the Miami workers’ compensation attorneys at Payer Law today to learn more about how we can help.

By Payer Law | Posted on June 24, 2021
We Handle All Types Of Personal Injury Cases