How Video Surveillance Can Affect a Workers’ Compensation Claim 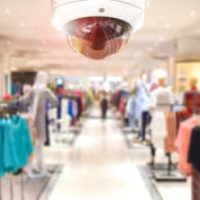 These days, surveillance cameras are everywhere. Whether you are frequenting a business or working in one, there is a good chance that there is a camera recording you. However, surveillance video is also often used in determining the outcome of a workers’ compensation claim which many workers are not aware of.

Local 10 News recently reported that a 57-year-old New Jersey worker is facing criminal charges after a surveillance camera allegedly caught him trying to fake a slip and fall accident. The video reportedly shows the man throwing ice on the floor at his workplace before staging a fall and waiting to be discovered.

Does Florida Law Allow Workers to Be Recorded on Surveillance Video?

In many workplace-related contexts, yes, and especially if there is posted notice that you are being videotaped or the presence of an obvious surveillance camera. Florida law concerning surveillance video stipulates that it is mostly inappropriate in places where you have a reasonable expectation of privacy, which is almost never the case in a public setting outside of your home (unless someone is watching you undress and/or is otherwise recording you for outlined inappropriate purposes).

Why Would an Insurance Company Attempt to Record an Injured Worker?

It is clear that factors such as video surveillance can have a serious impact of the value of a workers’ compensation claim. However, you may not understand why.

How Can Injured Workers Avoid a Claim Being Affected By Surveillance Video?

Are You Struggling to Understand the Correlation Between Your Claim and Surveillance Video After Being Injured at Work?

It is extremely to avoid allegations of fraud as in addition to causing an individual to lose benefits, such allegations can also bring criminal charges no one needs to deal with while attempting to recover from a workplace injury. If you have been legitimately injured at work, we can help you obtain all the benefits you are entitled to while you focus on restoring your health. The experienced Miami workers’ compensation attorneys at Payer & Associates will help ensure that you maximize your entitlement to workers’ compensation benefits. Begin by contacting us today to schedule a free consultation

By Payer Law | Posted on April 30, 2019
We Handle All Types Of Personal Injury Cases