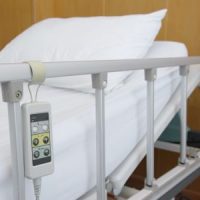 A hospital has assumed liability for the death of a 61-year-old patient and offered a settlement award of $8 million as a result of the litigation. According to the lawsuit, the hospital accepted a patient who was being treated for a kidney stone and infection. However, 10 medical professionals waited for the kidney stone to pass before treating the infection. As a result, the woman turned septic while everyone stood around waiting for her to pass the kidney stone. Had the infection been controlled, the woman would still be alive.

Meanwhile, the kidney stone was blocking the passage of urine and worsened the infection. The settlement was reached just before jury selection was set to begin.

Medical negligence or medical malpractice lawsuits are filed under a theory of professional negligence. Professional negligence is different from simple negligence insofar as the law assumes a layperson requires an expert to testify on what should have happened as opposed to what did happen. This means that doctors can only be held accountable for deviating from the prevailing standard of care of the medical profession. In cases where an honest mistake is made or someone dies because the symptoms are diagnostically confounding, the jury is asked to determine if the standard of practice was violated in any way.

The terms of the settlement are known which is rare for medical malpractice lawsuits. You generally either see settlements that have been sealed or high jury verdicts. You don’t generally have hospital systems announcing that they’re paying $8 million for a wrongful death. However, that could have been better than the alternative, which would have been allowing the arguments to play out in front of a jury where they would have been written about in the press. Now, the only thing anyone remembers is $8 million. No one will end up hearing about the details of how a 61-year-old woman was allowed to become septic with a known kidney infection that she was supposedly receiving treatment for.

Ultimately, the figure is high enough that we should suspect that some form of severe or gross negligence occurred that spooked the hospital’s attorneys into avoiding a jury.

Payer Law represents the interests of injured plaintiffs in personal injury lawsuits against negligent defendants. Call our Miami personal injury lawyers today to schedule a free consultation and learn more about how we can help.

By Payer Law | Posted on December 21, 2022
We Handle All Types Of Personal Injury Cases