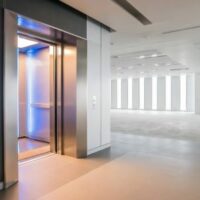 While lawsuits filed by employees are permitted, the employee must still prove that the employer committed some form of negligence. In this case, a hospital employee claimed she was injured when an elevator came to a violent stop.

The employee was on an elevator that violently stopped. She claimed she sustained injuries from this and that she was also electrically shocked when she attempted to push one of the elevator’s buttons. Because the employer did not carry workers’ compensation insurance, she was permitted to file a lawsuit against her employer. However, defense counsel argued that she had not provided a “scintilla” of evidence (which, according to the dictionary, is an incredibly small amount). Her failure to provide a scintilla of evidence resulted in the dismissal of her case.

What did she need to prove?

This looks like a case of her attorneys failing to make the correct pleading in court. Essentially, as an employee of the hospital, the plaintiff would be entitled to a safe premises in which to work. If the hospital failed to properly secure the elevator, or the companies that they contracted with to maintain the premises failed to secure the elevator, then those in charge of the premises should, logically, be responsible for her injuries.

In this case, she filed the pleading as an “invitee” to the premises which under the laws of every state refers to a customer who comes onto the property for the financial benefit of the owner. Employees are not invitees. The pleading was filed under the wrong theory of liability and was thus dismissed. The plaintiff may be able to refile her lawsuit or draft an amended complaint, but that’s essentially starting the whole process over again.

If this took place in Florida…

If this took place in Florida, then the hospital would have had workers’ compensation coverage. The employee, who was ostensibly injured on the job, would file a claim with her employer’s workers’ compensation insurer. The insurer would review the claim and possibly deny it on the grounds that the culpability laid with another party, perhaps the elevator maintenance company or the grounds managers. She would be forced to file a lawsuit against them specifically for failing to maintain or close off a malfunctioning elevator.

Payer Law files lawsuits on behalf of those injured by the negligence of another. Call today to schedule a free consultation with our Miami workers’ compensation lawyers and learn more about how we can help.

By Payer Law | Posted on June 18, 2021
We Handle All Types Of Personal Injury Cases