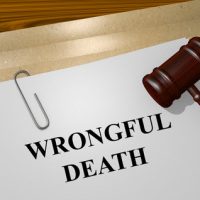 Several first-responders and police officers were cited for negligent conduct in the death of a young man having a mental health crisis. According to body cam footage, the first-responders watched the young man struggling in the water for 25 minutes before attempting a rescue. The man died of his injuries and his father has since filed a wrongful death lawsuit against the City of Portland and named the first-responders who were at the scene. The lawsuits were dismissed against all but one of the first responders who told the young man that if he got out of the water he would “kick his ass”. The judge presiding over the case allowed the negligence lawsuit to move forward because the firefighter increased the amount of danger that the victim was in.

What does this mean? Well, if a bunch of police officers watch your son drown to death they cannot be sued unless they threaten the individual against doing the one thing that could save their life.

The lawsuit contends that the officers knew that if the victim remained in the water, he would not survive. However, they failed to intervene (which cannot be the basis of a personal injury lawsuit) and actually increased the amount of danger he was in by threatening him if he did come out of the water.

The judge has allowed the case to move forward, but only just barely. The plaintiffs contend that first responders were not adequately trained to deal with either mental health crises or water rescue situations. The man was drowned in waist-high water contributing to the plaintiff’s claim that the victim could have easily been saved. The judge ruled that the failure in training further deprived the plaintiff of his Constitutional rights. The case will be allowed to move forward.

What sort of duty of care do police officers have?

The duty of care a police officer has is similar to the duty of care that a citizen has. The police officer is not required by law to intervene on behalf of anyone. Instead, they are given broad discretion to make choices based on their best judgment. There are no situations in which a police officer can be sued for what they did not do. This, in fact, was the question in a lawsuit that was filed by a grieving mother against a police department that failed to intervene or enforce a restraining order against the father of her children. The children were killed and the father took his own life after opening fire on a police station. The department was sued for failing to enforce the order but they won the suit on the grounds that police officers have no active duty to intervene on behalf of a private citizen. The same logic can be applied to these first responders. They do not have a duty of care to intervene, but if they make the situation worse, then they are liable.

If you have been injured or lost a loved one to the negligence of another party, call the Miami personal injury lawyers at Payer Law today to schedule a free consultation and discuss your case in more detail.

By Payer Law | Posted on June 16, 2022
We Handle All Types Of Personal Injury Cases