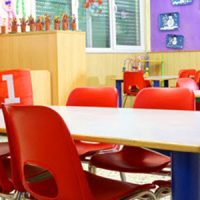 Despite the fact that the investigation is still ongoing, a grand jury declined to file criminal charges against a daycare and workers after the death of an unattended toddler in their care. The girl was found dead inside of a mop bucket after she rolled off of a changing station, according to investigators. While the daycare did alert police to the problem, the mother only found out through the parent of another child. This parent told her that a child had been injured or something and that there was a police presence and an ambulance at the daycare. When the mother arrived, she didn’t even know that it was her child at the heart of the matter.

The police then informed the mother that her child was in an accident after having been left unattended. The child was brought to the hospital where she was pronounced dead. At the writing of this article, it is unclear that the daycare is still open for business. A phone number associated with the daycare was disconnected.

Allegations against the daycare

Obviously, a child should not have been left unattended. It is likely that the day care could be sued over the matter. It is unlikely, however, that the daycare has substantial resources to pay off the wrongful death claim. Daycares are supposed to operate in a specific way according to specific rules. This daycare had been cited twice for “noncompliance” under state law. Among the allegations were injuries that occurred to seven children under their care. The facility is only licensed to serve 10 children at a time.

Florida generally requires daycares to purchase commercial liability policies prior to registering as a daycare. However, it can be difficult for individuals to get insurance on daycare services if they provide those services out of their own homes. In some cases, daycare operators would expect that their homeowner’s insurance would cover these claims, but they usually don’t. In fact, most homeowners insurance providers would void the policy of any individual operating a daycare out of their home without purchasing a separate policy. Some daycare insurers will not provide coverage to those who operate out of their own home.

If the daycare owner does not have an active insurance policy, the plaintiffs would be stuck filing a claim against the owners’ estate. The estate may not provide the compensation that would be typical in a negligence lawsuit such as this. Daycare policies typically provide liability coverage up to $3,000,000. If the daycare does not have insurance, however, the family may have a hard time recovering the judgment regardless of whether or not they win their suit, which seems likely.

It’s sad to say, but vetting your child’s daycare thoroughly could have prevented this accident from occurring. The daycare had a history of noncompliance. The Miami personal injury attorneys at Payer Law file lawsuits on behalf of injured victims and grieving families. For more information on how we can help you hold negligent parties accountable, call us today and set up a free consultation.

By Payer Law | Posted on February 4, 2022
We Handle All Types Of Personal Injury Cases