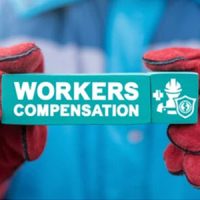 Yes, companies and their employees can be charged with crimes for conduct they committed on behalf of the company. In this case, a Wisconsin grain milling company was charged for concealing evidence and defrauding an OSHA investigation after five of their workers died in a work-related accident. The company and its executives are facing charges of obstructing an investigation, fraud, and more.

Not surprisingly, the incident that took the lives of 5 workers was related to a dust explosion. Of the 19 workers on duty that night, all 19 sustained injuries.

Those who work in factories and mills have to pay special attention to the amount of dust in the air. If the dust ignites, it creates a flash explosion that is only contained by the amount of dust in the air. For this reason, federal authorities require all grain mills to clean on a routine basis and track the cleaning process to prevent worker deaths.

The company was cited on two counts for failing to abide by federal regulations and safety standards. OSHA cited the company for failing to develop a plan to clean the air of dust and failing to install explosion venting and suppression technology that would have prevented the deaths of five workers.

Executives at the company are further accused of lying to the government about their safety procedures. Included in these charges are allegations that several key executives falsified logs to indicate that cleanups had occurred when they had not. Had the company accurately reported the data, they would have been stripped of their food safety certification.

After the incident, OSHA fined the company nearly $2 million which is a gargantuan fine for OSHA. The safety violations were determined to be willful after the fraud was exposed. Now, anyone who conspired to actuate that fraud or who even knew the fraud was occurring may face federal prison time for the role they played in the five deaths and 14 injuries.

The families of the five workers who died in the accident will not be able to file wrongful death lawsuits against the company as workers’ compensation immunity prevents the company from being directly sued. The families will be able to recover death benefits for a period of time. However, the size of their benefits package is a fraction of their overall income, so the families themselves do not receive much compensation due to the negligence of the employer. In some cases, wrongful death lawsuits can be filed against employers, but more often than not, grieving families are barred from recovery.

By Payer Law | Posted on June 17, 2022
We Handle All Types Of Personal Injury Cases