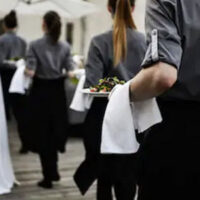 Local 10 News recently reported that the coronavirus pandemic has resulted in even the gig workers who used to have some of the most reliable employment opportunities possible facing shifting roles and high competition. With the nationwide unemployment rate having reached heights this country hasn’t seen since the Great Depression, a wave of newly unemployed workers are now attempting to obtain the same jobs that the 1.5 million so-called gig workers have been relying on.

With more and more workers taking advantage of the gig economy for their income, the question has once again arisen concerning the rights of these workers to benefits for injuries that are incurred while they are working within the scope of this employment.

Understanding the Potential Legal Rights of Employees vs. Contractors

Florida’s workers’ compensation statute generally covers all employees who are injured on the job at work during the course of employment. However, many gig workers may not be categorized as employees at work and are instead categorized as independent contractors – and some in fact are. After all, and compared with more traditional employment, gig workers often work in jobs that have gray areas such as working for ride share companies or doing food deliveries. They may work for one employer doing many small jobs or may even work for multiple different people who pay them separately. Because of the broad and varied nature of this work, it is understandable why the potential legal rights can differ from person to person.

But in some cases, employers of these kinds of workers may simply mislead their employees into thinking they are not entitled to full workers’ compensation coverage when they actually should be. After all, the less claims that companies have to pay out on, the lower their insurance premiums can remain. Despite this, those who are officially classified as independent contractors may be entitled to workers’ compensation because they may in fact be functioning as employees. This can turn on factors such as:

In addition, workers may even be able to recover from the responsible parties on other grounds if it turns out that there is a third party whose negligence contributed to causing the injuries in question. An experienced workers’ compensation attorney can evaluate both your employment status and disability and advise you of how to proceed.

Have You or a Worker You Love Been Injured?

If you or someone you care about has suffered an injury while working as a gig worker that you believe warrants entitlement to workers’ compensation benefits or triggers a personal injury lawsuit, allow us to help. Any kind of claim involving gig work can quickly become complicated and obtaining compensation for a workplace injury can be a challenging process. Fortunately, the Miami workers’ compensation attorneys at Payer & Associates can help you explore the legal rights you have and help you obtain the compensation you deserve. Begin by contacting us today to schedule a free consultation.

By Payer Law | Posted on October 15, 2020
We Handle All Types Of Personal Injury Cases