Fraudulent Workers’ Compensation Claims and How They Affect Yours 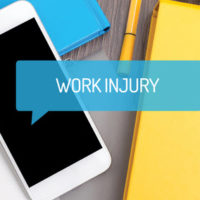 A few months ago, Fox 13 reported that video cameras had captured a Fort Lauderdale woman committing workers’ compensation fraud with a sprinkler head after it fell on her desk. The cameras showed the woman then proceed to bang herself in the head with the sprinkler head which she later tried to obtain workers’ compensation for. Her fraudulent actions were revealed after her employer’s insurance company grew suspicious of her claim and referred her claim to Florida’s Division of Investigative and Forensic Services who reviewed the security footage and realized the woman inflicted the injuries upon herself.

What is Workers’ Compensation Fraud?

What are “Red Flags” of Potential Fraud?

What are Potential Consequences?

The most obvious consequence is that someone who is caught having committed workers’ compensation fraud will no longer receive benefits. In addition, under Florida law, anyone that is determined to have committed workers’ compensation fraud can be charged with a felony of varying degrees, depending on the amount of the fraud. This can result in fines and penalties. The insurance company can also sue for repayment of the compensation that was fraudulently obtained from it.

In addition, fraudulent claims can drive up premiums and make it harder for people like you to recover when you genuinely need compensation.

What Happens if Your Workers’ Compensation Claim is Denied?

After dealing with the ongoing stress of being injured on the job, it can be difficult to receive a notice of denial in regard to your claim when you know it is in fact legitimate. Your denial letter probably contains overwhelming legal language and justifications that, while they sound legitimate, are in fact not. A denial does not necessarily represent the end of your claim, but this is when you should lean on experienced attorneys who understand the laws and their interpretations, who are experienced with handling workers’ compensation denials.

If you or someone you love has been legitimately injured at work, you should not attempt to obtain workers’ compensation alone. The Miami workers’ compensation attorneys at Payer & Associates have significant experience helping people like you bear some of the burden you have been placed under and obtain the compensation you are entitled to. Begin by contacting us today to schedule a free consultation.