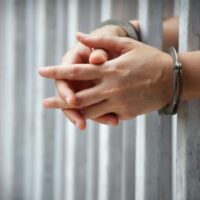 A recently paroled prisoner has filed a lawsuit against the prison system and the health care company the prison pays to supply medical services to the prison. According to the lawsuit, the prison botched a knee surgery that resulted in permanent damage and limited his future prospects for employment. He says now that he is out of prison, his injury prevents him from doing work for which he is capable. The Department of Corrections issued a statement admitting that the prisoner was injured but stating that the care he received behind bars was adequate.

In a lawsuit like this, the allegations are generally made against the prison system and the company that won the contract to supply medical services to the prison.

The prisoner, who was a talented athlete, injured his knee in a prison basketball tournament. According to prisoners, the tournament could get pretty rough and the concrete floor of the gym was unforgiving. However, the plaintiff injured himself going for a rebound much like Shaun Livingston. Nonetheless, his team won, even without their star athlete. But they ended up losing the finals to Cell Block B.

The plaintiff reports that there were delays in receiving care and a revolving door of doctors. While waiting for treatment, he continued to reinjure the knee. After half a year passed, he finally got an MRI and was scheduled for surgery. He had an ACL tear and two additional tears in his meniscus. According to the lawsuit, the prisoner was continually refused care related to his knee that could have repaired the damage before he reinjured it twice.

Prisons are responsible for inmates

Once a citizen is deprived of their rights, they become a ward of the state. The state must take care of them, but the costs involved always seem to be a major limitation. Prisoners are forced to endure serious pain for extended periods of time when your typical patient would have been off his feet much earlier, had an MRI to diagnose the ACL tear, and received surgery already. In this case, the medical staff is accused of delaying his treatment, causing his condition to deteriorate, and violating his right to medical services while behind bars.

This is one of a number of cases that have been filed against the same prison. One attorney is handling the claims against the prison. Essentially, they all allege that they were forced to endure serious medical injuries while waiting for medical care that they should have received immediately.

If you’ve been injured due to the negligence of another party, you are entitled to sue to recover damages. The Miami personal injury attorneys at Payer Law can help you recover damages related to your injuries. Call today to learn more!

By Payer Law | Posted on September 10, 2021
Skip footer and go back to main navigation