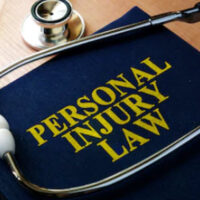 A South Florida teen suffered a spinal injury at school while horsing around. Now, his parents think that the school should be held liable for the injury. The teen, who suffered severe damage to his spine, now has a limited range of motion. It is unclear whether or not he will ever regain his full range of motion. The parents believe that the school is at fault because the teachers should have been supervising them better.

According to the family’s attorney, the kids were left alone to do as they pleased. The students videotaped a play-fight between the victim and his friend. While this was happening, the PE instructor turned around to look at the commotion, but even as the student was on the ground, he turned back to the conversation he was having.

After the teen was on the ground, apparently injured, someone attempted to shake him, apparently trying to wake him back up.

Typically, lawsuits involving student injuries or claiming negligent supervision are difficult to win. It is impossible for a teacher to oversee every single student, and when those students are teenagers, jurors think they should know better. That makes the plaintiff’s attorney that much harder.

In cases like this, a plaintiff’s attorney will point out all the ways in which the school failed its duty of care to protect its students. In this case, you have a PE instructor who hears a commotion not responding to it. Then you have another individual shaking an injured student.

While it might be difficult to prove that the school was responsible if the PE instructor did not have time to intervene, in this case, there were two opportunities to intervene before injury occurred. The plaintiff’s attorney will focus on these two opportunities and argue that had the school been more proactive in its supervision and response to a student injury, then the student may not have been so severely injured.

The student suffered a severe injury to his spine, but it looks like he’ll recover. His life as a student-athlete, however, may be over. In addition, his quality of life may be severely reduced by his physical limitations. His parents have also accrued as much as a million dollars in medical bills. The injury may reduce his professional options or make it more difficult for him to sustain gainful employment. So all of those injuries will be brought before the court when litigating on behalf of the injured teenager.

If your child has been injured while in the care of another person, you are entitled to sue for damages to recover medical expenses, pain and suffering damages, and more. Call the Miami personal injury lawyers at Payer & Associates today to schedule a free consultation and learn more about how we can help.

By Payer Law | Posted on February 19, 2021
We Handle All Types Of Personal Injury Cases