Family Sues Fraternity After Student Shot Outside Of Party 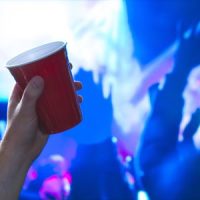 Ohio State has been named in the lawsuit for allowing the fraternity to continue to operate within the context of the university. However, the bulk of the claim is against the fraternity itself and its national chapter which claims that members were not properly supervised resulting in a danger to other students on campus. The lawsuit accuses the national chapter of authorizing illegal conduct by failing to intervene.

An 18-year-old has been charged with the shooting and has pleaded not guilty. He is still awaiting trial.

Theories of liability that apply to this case

There are multiple grounds on which you can file a lawsuit against a fraternity. However, this one is fairly complicated. In most cases, you have a pledge who dies during hazing. The family sues the fraternity for the death and wins the lawsuit. In this case, you have a guest invited to a frat house for a party. A shooting occurs and the guest is killed. The problem is that a bar owner who invites individuals onto their property for their own financial benefit is considered a different category of defendant than a fraternity that throws a house party. If the fraternity is charging money for the house party, then they may fall under the same category as the property owner, but if they’re not, they fall under the same category as a homeowner. Homeowners who invite individuals onto their property to hang out owe less of a duty of care than property owners who financially benefit from the presence of those invited onto their property. Someone invited onto a property for business reasons is considered an invitee while someone who is authorized to be there for other purposes, like a guest, is considered a licensee. Whether or not the victim is considered a licensee or an invitee may determine whether or not their suit is successful.

Fraternities throwing large parties generally do charge a cover to enter. This could end up working against the fraternity if they were using the party to generate funds. They would owe an expanded duty of care to the victim and it would be assumed that they would have security on hand to card those coming in and prevent problems from erupting. However, stopping a stray bullet is a tall order for security personnel. It’s not like these guys are diving in front of bullets for $20/hour. So, a determination must be made that the injury or death was preventable. In this case, the only thing that could have prevented the death was kiboshing the entire party.

By Payer Law | Posted on January 6, 2023
We Handle All Types Of Personal Injury Cases