Family Sues After Woman Is Killed By Commercial Pickup 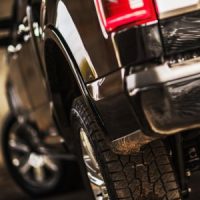 A woman who stopped by the side of the road to render aid after a car accident was struck and killed by another vehicle, a pickup truck while she was attempting to help. Her family has since filed a wrongful death lawsuit against one of the drivers involved in the accident and the driver of the pickup truck, who was on the job for his employer when the accident occurred. The employer has also been named in the lawsuit.

The family claims that the pickup truck driver was operating the vehicle at an excessive rate of speed and failed to maintain a lookout when he struck the pedestrian. They also filed suit against the woman who caused the initial accidents that resulted in the victim stopping to render aid.

The battle will come down to whether or not the pickup driver was violating the rules of traffic when the accident occurred. If the pickup truck driver was speeding at the time of the crash and was unable to respond to the pedestrian on the side of the road, then the driver is fully liable for this incident. Even if the driver was not speeding, the circumstances of the accident should indicate that the driver failed to see the pedestrian—but would have—if they were exercising ordinary care and paying attention to the road. Jurors would be given the pickup truck’s vantage of the accident before it occurred so that they can understand what the driver would have seen if their eyes remained on the road.

In defense, the company and their employee will likely claim that the accident was unavoidable and that the plaintiff stepped in front of the vehicle where she placed herself into harm’s way. The facts surrounding the accident will be analyzed by the jury who will determine if the plaintiff’s claims have merit.

Defendant #2: The at-fault driver in the original accident

This defendant will claim that they had no need of aid and police were already on their way when the plaintiff attempted to insert herself into the situation with fatal results. While the original accident may be her fault, she did not compel anyone to stop and render aid. The argument against this defendant will be harder to prove. The court will have to determine if this was the “proximate” cause of the plaintiff’s death. It is likely that the defendant will be assigned a small fraction of the blame, but the majority of the liability will fall on the pickup truck driver.

Payer Law represents the interests of those injured in vehicle accidents. Call our Miami personal injury attorneys now to schedule a free consultation and we can begin preparing your lawsuit today.

By Payer Law | Posted on November 29, 2022
We Handle All Types Of Personal Injury Cases