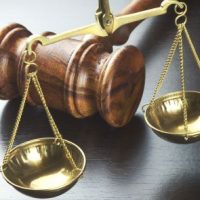 A 46-year-old mother was with her family when another customer struck a gas pump and pinned her between the pump and her vehicle. The pump continued to supply fuel and as her children were attempting to alert gas station employees to help free their mother, the tank ignited and exploded killing her in front of her children.

An investigation of the pumps revealed that they were equipped with a suppression system that was supposed to trigger if a vehicle struck the pumps. In this case, the safety device failed, resulting in the gas igniting and taking a life. The failure of the shear valve was faulted as a contributing cause of the explosion.

The investigation also revealed that the employees of the gas station had plenty of time before the explosion to free the victim or to cut fuel to the pump before the gasoline ignited. In this case, neither of those things happen and ultimately, this resulted in the death of a customer.

Lastly, the investigation determined that the employees of the gas station discarded the faulty shear valve and other critical components of the gas pump such as the nuts and bolts securing the gas pump to the ground which failed during the collision.

Who is responsible for this death? Under the law, multiple parties can contribute liability to an incident. It is unlikely, however, that the driver of the vehicle who struck the pump will be named in this lawsuit. Instead, it is probable that the company that owns and manages the gas station will be primarily liable. In cases like this, the manufacturer of the pump and the valves may also be named in the suit, but the gas station lost evidence that would have implicated them in the accident, so now they run the risk of being fully responsible.

Regardless of whether or not the plaintiffs have the valve, it’s clear that something went wrong and there were numerous redundant systems in place to prevent an explosion from occurring at a gas pump. Certainly, auto accidents at gas stations are predictable and in this case, both the employees and the manufacturers of the gas pump failed to prevent the tragedy. When a gas pump explodes, the liability is going to fall on those responsible for the maintenance of the gas pump unless the manufacturer’s negligence explains why the gas pump failed. In this case, manufacturer negligence is a plausible cause of the explosion, but we will never know without the allegedly faulty shear valve. Since the gas station “lost” the evidence, the finger will then point straight back to the gas station itself. This was one piece of evidence that the gas station did not want to suppress.

Payer Law represents the interests of those who have been injured by negligence. Call our Miami personal injury lawyers today to schedule a free consultation and we can begin preparing your lawsuit immediately.

By Payer Law | Posted on September 23, 2022
We Handle All Types Of Personal Injury Cases