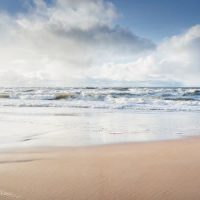 A family was awarded $20.7 million in a wrongful death lawsuit against a Maryland oceanfront resort after their loved one drowned. The family claimed that a lack of lifeguards on the premises contributed to the woman’s death. Additionally, the National Weather Service had reported a high number of rip currents that day, and the family was never warned.

The problem was known as far back as 2016 when the National Lifesaving Service wrote a letter to the city warning about the potential dangers of mixing lifeguards up with vendors. It would have been expected that one or more individuals provided lifeguard services without being encumbered by working the stands. The drowning death occurred in 2018. As a result of the lawsuit, the family recovered more than $20 million in damages which indicates that the resort was held liable for punitive damages.

Plot is similar to Jaws

While Jaws is known as one of the best horror movies of all time, the shark isn’t really the bad guy. It’s the local municipality and businesses who made money off of opening a beach when they knew that there was a major risk to beachgoers. If you watch that movie carefully, it’s really quite a scathing critique on American business practices, profits over people, and the unnecessary risks that businesses take with the lives of their guests.

In a plotline similar to that of Jaws, the City negotiated a contract with a company that was to provide lifeguard services to the resort on the condition that they were also allowed to sell and rent beach stuff to potential guests. However, they shirked their duty to provide lifeguard services and instead created a situation where beachgoers were not being properly guarded. This inevitably resulted in the death of a beachgoer.

Since the death was both inevitable and preventable, it drove the settlement figure up considerably. Ten-figure verdicts don’t just happen because someone dies. They happen when someone says they care more about their company’s bottom line than they do about preventing the death of their customers.

While the company will foot the bill for the $20 million, arrangements such as these place companies in the position of having conflicting interests. A company’s goal is to make as much money as possible. The city did not oversee the lifeguarding that the company provided. They failed to demand that lifeguards perform only lifeguard duties. Someone was going to die from this choice. The only question was when.

Injured on the beach? Payer Law can help. Call our Miami personal injury lawyers today to schedule a free consultation and we can begin discussing your suit immediately.

By Payer Law | Posted on October 4, 2022
We Handle All Types Of Personal Injury Cases