Drugged Driving is a Major Issue 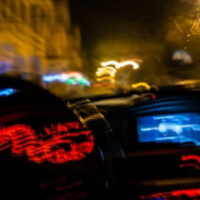 WFLA-News recently reported that a Pinellas Park woman is accused of hitting and killing a man on a scooter on a recent weekday afternoon while under the influence of drugs. The 28-year-old drugged driver was reportedly traveling south in a Ford Explorer and ran a red light on 54th Avenue before hitting the scooter in the fatal midday collision. The 64-year-old man who was operating the scooter actually had the right-of-way when he was hit by the SUV. Troopers stated that the drugged driver admitted to them that she had taken heroin and Xanax before the crash and she was arrested and jailed on multiple criminal charges.

Are Drugged Drivers Common on the Road?

Unfortunately, being under the influence of drugs seems to be a growing factor in impaired-driving crashes. This is very problematic because drugged driving can present many of the same dangers as drunk driving. The 2018 National Survey on Drug Use and Health revealed, for example, that almost 13 million people aged 16 or older reported having driven under the influence of illicit drugs at some point during the last year, just eight million less than the number who drove under the influence of alcohol. And while it is difficult to measure exactly how many crashes are caused by drugged driving for a variety of reasons including that a good roadside test for drug levels in the body doesn’t yet exist, one survey indicated that almost half of fatally injured drivers in 2016 tested positive for drugs and that over half of those drivers had two or more drugs in their system at the time of their death. Combined with the fact that many of these drivers also use drugs while drinking, it is clear that this behavior has risks for both those who engage in this behavior and others on the road.

Keeping Drugs off the Road

The implications of drugged driving are something no one wants to deal with. A driver may be tested for both legal and illegal drugs when involved in a motor vehicle accident or when law enforcement officers suspect the driver is driving while affected by drugs. Even if no one is hurt, a driver can face criminal charges including risks of jail time, heavy fines and even the loss of a driver’s license. If someone is hurt, a driver can face civil liability and become financially liable to the victim of his or her drugged driving. And don’t think the consequences are limited to recreational drugs. While it may not be against the law to take prescription or over-the-counter medication, it can still be illegal for someone to operate a vehicle while under the influence of the medication if it affects his or her driving abilities. New medications should be discussed carefully with medical providers and using any kind of drugs while driving should be avoided whenever possible.

You Can Depend on Us

If you have been injured in an accident involving a drugged driver, you have every right to seek to understand your legal options. And in the tragic scenario where you have lost a loved one, know that while the truth remains that nothing could ever replace your loss, monetary compensation can be extremely helpful in covering outstanding costs associated with your loved one’s untimely passing. As the Miami personal injury lawyers at Payer & Associates, we are dedicated advocates of accident victims and their families who have suffered harm as a result of any type of accident or injury caused by someone else’s negligence. You can depend on us to advocate for you while you focus on recovering from your injuries. For a free and confidential consultation to discuss your legal rights, contact us today.

By Payer Law | Posted on December 17, 2020
We Handle All Types Of Personal Injury Cases