Driving Rules For Your Teen Driver 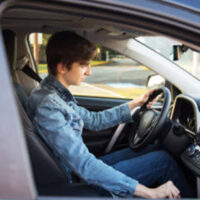 In a tragic recounting, NBC Miami 6 News recently published an article on a Fourth of July single-car crash in Tamarac that left two teen girls dead and three other teens hospitalized. Authorities have asserted that a 17-year-old teen driver was headed southbound on State Road 7 with four passengers in the car at a high rate of speed when she aggressively changed lanes. Apparently, she then overcorrected her steering, causing her vehicle to slide sideways into a large concrete pole on the driver’s side which caused the car to split in two. Sadly, both the teen driver and one of her passengers, a girl who was just 14-years-old, were killed in the crash.

The Risks of the Road for Teen Drivers

Unfortunately, scenarios like the one outlined above, while tragic, are not uncommon. It has been asserted by the Centers for Disease Control and Prevention that car accidents are actually responsible for more teenage deaths than any other factor. In 2017 alone, roughly 300,000 teens were treated in emergency departments for injuries suffered in motor vehicle crashes and over 2,300 more were killed. Sadly, per mile driver, teens aged 16-19 are nearly three times more likely than drivers aged 20 and older to find themselves involved in a fatal crash.

The reality is that by becoming more independent and obtaining a license to drive, your teenager will obviously be less dependent on you and that means you won’t always be around to make sure that he or she is implementing the safe driving tips you have stressed. However, that doesn’t change the fact that you should talk to your teenager about good driving habits long before you allow them to head out on the road by themselves, and that these safe driving rules should continue to be reinforced. Things that you should discuss with your teen include:

Breaking Rules Should Have Consequences

If your teen driver breaks the rules, it’s important that you follow through with punishments and implement consequences. Don’t forget that you control the keys – revoking driving privileges now to ensure your teen learns a hard lesson can help prevent the tragedy of an accident that could have occurred the next time those rules were broken.

Has a Teen You Love Been Injured in an Accident?

Regardless of whether he or she was riding as a passenger or was in the driver seat, you have every right to help the injured teen you love pursue legal action against a negligent party. As the Miami personal injury attorneys at Payer & Associates, we offer the support that you and your teen need during this difficult time and we will fight to make sure that your teen receives the compensation that is deserved. Contact us to schedule a free consultation.

By Payer Law | Posted on August 21, 2020
We Handle All Types Of Personal Injury Cases