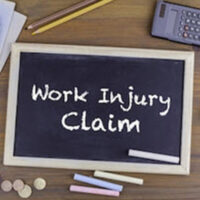 By Payer Law | Posted on February 27, 2020
We Handle All Types Of Personal Injury Cases