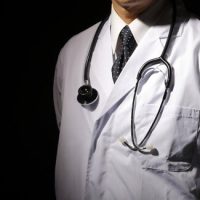 A lawsuit has been filed against a doctor who is accused of causing the death of a patient. According to the lawsuit, the doctor was performing a spinal fusion designed to relieve back pain. However, during the procedure, he nicked the patient’s aorta causing her to bleed out, according to the lawsuit. The doctor denies all claims of negligence related to the incident but a law firm representing the victim has begun running ads on social media in a bid to reach out to former patients. The doctor has been accused of pursuing financial incentives to perform multiple surgeries at the same time and even unnecessary procedures.

The doctor was part of a lawsuit filed on behalf of several individuals who claimed that they were permanently injured by the doctor when he was taking a high volume of surgeries. Today, it is common practice for skilled surgeons to handle the most complicated aspects of a surgery while leaving residents and others to finish up. The process is considered safe and cost-effective but a growing number of concerns detail how hospitals cut corners during the process and patient outcomes are affected. This is just such a case.

The doctor has since moved states which is not uncommon for doctors facing disciplinary action or medical malpractice lawsuits in one state to simply move to another.

What is assembly-line medicine?

Extremely complex surgeries require specialists who are trained to perform these surgeries. Not every general surgeon is qualified to perform every aspect of every surgery. In some cases, the surgeries are so complex that the surgeon may be one of a handful in the country qualified to perform it. On the other hand, not every aspect of the surgery is going to be complex. Surgeons in training and residents can perform basic tasks while the specialist performs the most complex aspects. There is nothing necessarily wrong with this. The problem comes into play when a doctor is performing multiple surgeries all at once.

There is no standard for determining how many patients is too many. In most cases, the patient outcomes are the only indication that something has gone wrong. But when it does go wrong, it keeps going wrong, and that is what you have here. At some point, the hospital should have recognized that patients were being injured at a higher-than-average rate and moved to alter their procedure. However, incentivized by money, they continued to schedule multiple procedures with the same doctor leading to more patients being injured.

In a case like this, not only is the doctor liable, but the hospital is liable as well for exposing their patients to a known danger.

Payer Law files lawsuits on behalf of injured plaintiffs in personal injury claims. Call our Miami personal injury lawyers today to schedule a free consultation and learn more about how we can help.

By Payer Law | Posted on December 16, 2022
We Handle All Types Of Personal Injury Cases