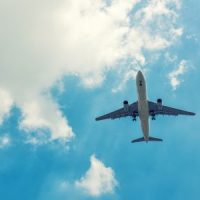 A man has filed a personal injury lawsuit alleging negligence, property damage, and personal injury against Delta Airlines after pilots jettisoned their fuel. The fuel traveled through the air where gravity carried onto the Los Angeles County man who was standing in an urban area. Delta claims the pilots were forced to dump the fuel to make it easier to land the plane.

According to Delta, the plane was en route to Shanghai when one of the jet’s engines had to be shut down. The pilots had to make an emergency landing but needed to dump some fuel before they did. They ended up dumping 15,000 gallons of fuel at a height of about 2,000 feet. The emergency landing was successful.

The plaintiff contends he faced “severe and lasting injuries” requiring medical attention. He also had to miss time from work because of the accident. His is only the most notable lawsuit filed after the fuel dump because it is the only lawsuit, thus far, that is alleging personal injury as opposed to property damage and unpleasantness.

Delta will say that they had no choice but to dump the fuel, which is probably true. The question then becomes: Does that mean that they aren’t responsible for any of the consequences related to the fuel dumping. Federal law and industry standards would dictate how a pilot would respond if an engine went out. It likely involves dumping a lot of fuel to make an emergency landing shortly after takeoff and the plane won’t always have the option of finding a safe place to dump the fuel. Given the balance of interests, safely landing the plane is more important than ensuring the safe landing of the fuel. Hence, Delta will argue that they had no choice.

Nonetheless, they are responsible for attempting to fly a plane that had an engine go out shortly after takeoff. While they may have followed every protocol related to the landing, any negligence contributed in the decision to take the plane would also trigger liability in this case. There does not need to be a procedure or law broken to trigger a personal injury lawsuit. While a claim of negligence is necessary, and plaintiffs would still have to prove that some other possible choice would have led to a better result, the fact that the Delta pilots did everything correctly is not proof that they are not liable for the injuries caused.

In the grand scheme of things, one can say, “Dumping fuel on unsuspecting people is better than crashing this plane,” and make the choice to dump the fuel and land the plane safely, a choice that we can all agree was the right one. However, once you strike that bargain in your mind, you’re agreeing to deal with any consequences related to dumping the fuel. It seems as if Delta is going to be liable for the dumping regardless of how well their pilots handled the situation. Inquiries will also be made as to how the engine failed shortly after takeoff.

If you’ve been doused by jet fuel, chances are, you can sue. Call the Miami personal injury lawyers at Payer Law today to schedule a free consultation and discuss your situation in more detail.

By Payer Law | Posted on January 28, 2022
We Handle All Types Of Personal Injury Cases