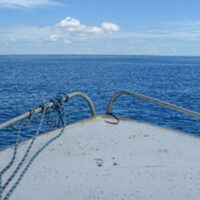 Lauren and Jarret Silagyi were severely injured when their boat hit a jetty. Lauren was later recovered on some jagged rocks. She has since undergone two brain surgeries, but her attorney and husband say that she will never be the same. A lawsuit was filed against the boat operator, Daniel Towriss. Towriss is the CEO of an insurance company, so he has plenty of assets against which to file a lawsuit.

The lawsuit alleges that Towriss was drunk at the time of the accident. Jarret Silagyi said that the boat was going so fast that it was hydroplaning over still water. In order to remain inside the boat, he had to hold on for dear life.

Towriss missed a turn at the first port and had to circle back around. On the second try, the boat hit an unlit jetty, went airborne, and crashed into the rocks on the shore. An attorney for Towriss says that he was not intoxicated at the time of the accident. Towriss has yet to be charged with operating the boat under the influence. However, it doesn’t require a .08 to be held liable in civil court.

Operating a Boat While Intoxicated

You can be held criminally liable if you operate a boat under the influence of drugs or alcohol. However, a criminal court must prove that your BAC was over the legal limit of .08 in order to pursue charges. In civil court, you don’t have to prove that the driver was over the legal limit, but only that their capacity to operate a vehicle was diminished by drugs or alcohol, that they operated the vehicle negligently, and that injury resulted from their negligent operation of the vehicle. Further, the standard of proof in civil cases is lower. A plaintiff need only prove that the defendant is more likely than not culpable for an injury. The state must prove its case beyond a reasonable doubt.

If Towriss is held liable for the accident, then he will be required to pay a substantial sum to both victims. Lauren Silagyi sustained the worst injuries of anyone. She required two brain surgeries to repair significant damage and needed more surgeries to reduce pressure on her brain. She requires extensive rehabilitation, which she has not been getting due to the coronavirus, and she is unable to work or enjoy life the way she once did.

Her husband also suffered severe injuries to his head and was knocked unconscious in the accident. The extent of his injuries is unknown, but his attorney described them as potentially permanent. Because of the extent of Lauren Silagyi’s injuries, the cost of her care, her inability to work, and the severe reduction to her quality of life, a settlement like this can go into seven or sometimes eight figures, especially if the jury believes that Towriss was inebriated when the accident occurred.

If you’ve been injured by someone negligently operating their boat, you are entitled to sue to recover damages related to your medical expenses, lost wages, and reduced quality of life. Call the Miami personal injury lawyers at Payer & Associates today to learn more about how we can help.

By Payer Law | Posted on February 18, 2021
We Handle All Types Of Personal Injury Cases