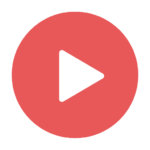 Take Action Immediately After You Are Injured in an Accident

People frequently ask me how soon after an accident they should consult with and possibly hire an attorney. My response is always “as soon as possible.” The reason for this is simple. Immediately after you have an accident and are injured as a result of that accident the company/person at fault and their insurance… Read More »

It is believed that the former standout University of Miami football player JoJo Nicolas died suddenly because of texting and driving. It has been reported that he was on his cellular phone speaking to his girlfriend when he told her that he just received a text from a former teammate and that after a… Read More »

Ten years after General Motors first became aware of problems with the ignition switch used on millions of its vehicles they finally issued a recall of 1.6 million vehicles it manufactured over the past decade. The ignition switch problem is thought to have caused hundreds of automobile crashes and has been linked to more… Read More »

An automobile accident involving an out of control large white sports utility vehicle took the lives of several churchgoers and injured others who had just left a service in Bradenton, Florida. Numerous people were run over by the sport-utility vehicle when, for reasons unknown at this time, it unexpectedly backed up at an extremely… Read More »

Texting While Driving Now Against the Law in Florida

Florida Law now makes it illegal to text while driving in the State of Florida. FS 316.305 (3)(a) states that “A person may not operate a motor vehicle while manually typing or entering multiple letters, numbers, symbols, or other characters into a wireless communications device or while sending or reading data on such a… Read More »

What You Should Do When You’re in an Automobile Accident

As an attorney many people often ask me what they should do when they’re involved in an automobile accident. While there is no easy answer to this question there are some general rules that people should follow. First, if your injuries require emergency medical treatment is always a good idea to go to the… Read More »

Toxicology reports have revealed that the female driver who allegedly tweeted that she was “2 drunk 2 care” a couple of hours before she got behind the wheel of a vehicle and struck another vehicle head on while she drove in the wrong direction on the Sawgrass Expressway on November 17, 2013 had a… Read More »

Tour Bus Crash in Miami Kills Two and Injures Many Others

At least two people are dead and three are in critical condition when a tour bus they were riding in smashed into an overpass at the Miami International Airport on Saturday morning local officials said. One person died at the scene and another die at a local hospital. At least three other passengers were… Read More »

Putting the Brakes on Distracted Driving

Distracted driving has become a serious state-wide and national concern in the last ten years as mobile devices have become accessible to people across generations. Recent statistics from the National Highway Traffic Safety Administration reported as far back as 2008 that driver distraction was the primary cause of sixteen percent of all injuries resulting… Read More »