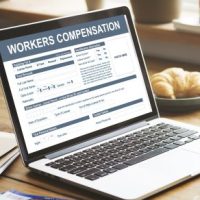 Right now, there’s a battle brewing between at-home workers and their employers. Employers do not want to pay out claims related to injuries suffered in their employee’s homes, even while they’re technically on the job. They can’t control the environment, so why should they be responsible for it? Well, that’s the crux of the issue right there. However, workers’ compensation laws were not meant to deal with a large remote workforce meaning that the rules will likely change.

For the time being, however, you don’t have to be a Canadian to file a workers’ compensation claim related to injuries you suffered on the job or at home. But it probably helps.

What do the Canadians say?

The Canadians say that a woman who fell down her stairs while on the job at a call center where she was working remotely is entitled to recover workers’ compensation benefits. This is in accord with a recent ruling by a Quebec judge. A similar ruling in Germany allowed a man who fell down from his bed to office to also collect workers’ compensation. However, the rules in the states are a little bit different.

In the German case, the worker had not actually clocked in yet. He was (by analogy) on his way to work when the injury occurred. German law allows those injured in commutes to work to recover workers’ compensation benefits. Because his journey from his bedroom to his office is considered a commute, the claim was granted.

In the case of the Canadian woman, she was injured on her lunch break. Chances are thus good that the claim would be processed in America too while the German claim would be denied. In America, if you are injured on your way to break or the coffee machine, you are entitled to file a workers’ compensation claim. If you are injured on your way to work, you are barred from filing a claim against your employer, but you do have other remedies available, typically, because people commute in cars or on buses, not on foot. Regardless, an employer is not held liable for a commute injury in the U.S.

If you are injured on your way to the coffee machine or on your way to break, you can still file a claim and recover damages. So while the ruling may seem on the surface to be an example of Canadian permissiveness, it is no more permissive than the rules in the United States.

It’s important to understand that these rules don’t really fit in with a remote workforce and will likely be subject to changes within the next couple of years. Employers, to be sure, don’t want to be responsible for injuries that arise in environments they cannot control.

By Payer Law | Posted on March 4, 2022
We Handle All Types Of Personal Injury Cases