Can You File a Workers’ Claim for Injuries You Get From Working During Natural Disasters and Environmental Hazards? 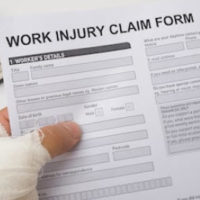 Being a resident of the state of Florida has many benefits. In addition to the beautiful weather, Florida is home to lush greenery and miles of gorgeous coastline. Most Floridians would likely agree that the close proximity to the beach is one of the biggest benefits of living in the state. However, this coastline also comes with costs. The biggest of these is the natural disasters and environmental hazards that come with living in a coastal state. This can especially impact those who have to respond to these natural occurrences during the course of employment when their health is affected. While you probably assume that you could recover workers’ compensation if your were injured by your employer’s equipment or fell on the job, it is probably less clear whether you can recover workers’ compensation as a result of injuries incurred in the course of responding to a natural disaster or shift in the environment.

Can I File a Workers’ Compensation Claim for Injuries Incurred as the Result of a Natural Disaster or Environmental Hazard?

This may surprise you, but generally YES. Workers’ compensation is still applicable even in the context of a natural disaster or environmental hazard. Even though it may seem like these types of incidents would not be covered as they are not part of your everyday work, you are still covered because you are exposed to the cause of your injury at work.

For example, the Palm Beach Daily News recently reported that five Palm Beach police officers reported respiratory issues caused by the red tide algae that has been plaguing many south Florida beaches over the last few months. Two of those officers subsequently sought medical treatment and eventually filed claims for workers’ compensation after reporting symptoms such as sneezing, coughing, and headaches caused by the red tide.

What is Red Tide and is it Dangerous?

According to the Center for Disease Control, red tide is a type of algae that occurs naturally in the ocean. Under certain conditions, the algae, officially named Karenia brevis (K. brevis), multiply so quickly that they rapidly create blooms that make the ocean appear red or brown. K. brevis produces a toxin called brevetoxins, which are powerful enough to have killed millions of fish and other marine organisms. Brevetoxins can also affect those who inhale and swim among them. Potential symptoms include irritation of the eyes, nose, and throat.

What are Other Examples of Natural Disasters and Environmental Hazards in Florida?

Many emergencies can arise in Florida such as:

Have You Been Injured at Work During a Natural Disaster? Allow Us to Help You in this Difficult Time.

If you or someone you love has been injured while working, we can advocate for you and ensure you recover the compensation you are entitled to while you focus on recovery. The Miami workers’ compensation attorneys at Payer & Associates have significant experience helping people like you. Begin by contacting us today to schedule a free consultation.