Can I Face A Manslaughter Charge For Misusing Tesla’s Autopilot? 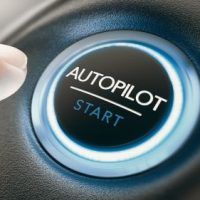 Yes. This is something new, so we’re not entirely certain how these charges will play out, but drivers who misuse Tesla’s autopilot causing death or injury are not only liable for the injuries they cause, they can also face major prison time.

Tesla has routinely warned users now to use autopilot to take their eyes off the road. Regardless, some drivers have allowed the autopilot to “take the wheel” so to speak with disastrous results. One man was arrested after police spotted a driverless vehicle with a man in the backseat. But in a recent case, a Tesla driver is facing two counts of vehicular manslaughter for killing two people in another vehicle. Lawsuits have also been filed against the limousine company he worked for. The allegations are simply that the driver misused Tesla’s autopilot. This is believed to be the first case of manslaughter charges filed over the misuse of an autopilot feature.

According to police, the vehicle was driving at an excessive rate of speed when it ran a red light, struck another vehicle, and killed those inside of it.

The limitations of Tesla’s autopilot

Tesla has been vocal that their autopilot is not a safe means of getting from Point A to Point B. It’s there for auxiliary support and not meant to be used so that the driver doesn’t have to drive. If a driver decides to use the autopilot like that, they can be held liable under the law and charged with criminal offenses when that choice leads to life-altering consequences for someone else. We’re seeing more of this because drivers want to be able to blame the autopilot for the accident. Under the law, they can’t.

While Tesla may face lawsuits related to the performance of their autopilot, any driver who takes control of a vehicle is ultimately liable for any accident or injury they cause. Tesla will never face manslaughter charges related to the defective operation of their autopilot because Tesla doesn’t advertise their vehicles as fully autonomous and instructs drivers not to use the autopilot.

Problematically, the autopilot may become a crutch to drivers who rely on it which is something that regulatory bodies will have to look into moving forward. If autopilot accidents become too frequent, it is likely that the technology would not be offered to commuters and instead be used for a limited number of purposes.

While perhaps inappropriately named, Tesla’s autopilot functions more as an advanced driver-assist than it does a fully-autonomous vehicle. Tesla’s vehicles cannot be expected to respond to every red light, emergency vehicle, or pedestrian. Drivers are now facing criminal charges for misusing the autopilot technology. So, it’s something you need to be aware of if you own a Tesla.

If you’ve been injured in a traffic accident, call the Miami personal injury lawyers at Payer Law today to schedule a free consultation and discuss your situation in greater detail.

By Payer Law | Posted on February 15, 2022
We Handle All Types Of Personal Injury Cases