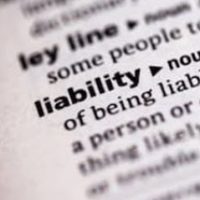 A wrongful death lawsuit filed in California blames the death of a worker on his employer. The lawsuit, filed by the worker’s wife, claims that the company failed to implement social distancing or other requirements handed down by the CDC. As a result, her husband contracted the illness and died. Now, she believes that her employer should be held civilly liable.

However, California’s workers’ compensation laws are just as strict as everyone else’s. Employees are barred from filing lawsuits against their employers if there is an active workers’ compensation policy in place. Hence, a battle is heating up between labor and employers over whether or not a failure to implement anti-infection protocols can be the basis of a personal injury lawsuit filed by an employee against his employer.

Workers’ compensation and the “grand bargain”

Workers’ compensation generally bars lawsuits against employers. In exchange, you (the worker) get a no-fault system that pays for your medical expenses and your lost wages. The tradeoff is that you cannot file a lawsuit against your employer even if they are guilty of negligence. However, workers’ compensation only covers workplace accidents—not intentional misconduct.

An amicus brief filed on behalf of California employers states that the trial court fundamentally misunderstood the derivative injury rule which allows compensation to third-parties from injuries sustained by an employee on the job.

In one case, a woman claimed that her unborn baby was injured when she breathed in excessive amounts of carbon monoxide while on the job. The toxic exposure caused injury to her fetus who was born and became a plaintiff. The plaintiff, a minor, filed a lawsuit against her mother’s employer and won on the grounds that the injury was caused to her baby—not her mother. Workers’ compensation only bars lawsuits filed by employees—not those who are derivatively injured by a condition acquired on the job.

What’s at stake in this case?

A lot. If the plaintiffs succeed with their lawsuit, then a large number of claims that would be funneled through the workers’ comp system would now become torts or injury lawsuits. This means that employers could be held liable for other injuries such as pain and suffering that they are typically not used to paying.

In essence, an employee who contracts COVID while on the job would not be able to sue his employer for damages, but his family could. Business interests in California are hoping to sway the decision to their advantage based on the sheer pragmatics of allowing such lawsuits to see juries.

By Payer Law | Posted on October 21, 2021
We Handle All Types Of Personal Injury Cases