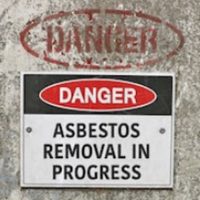 Bellwether lawsuits are sort of like bar room flirtations. You want to feel out the object of your attraction for signals that they are interested. Bellwether lawsuits allow plaintiffs to run trials to feel out how juries will react to their cases. Montana is a particularly bad state to run a bellwether trial as Montanans are fiercely independent and have very conservative views on personal responsibility. Nonetheless, a Great Falls jury returned a verdict of $36.5 million in a mesothelioma lawsuit filed by a former miner. If this bellwether case is any indicator, the company that owns the mine will have 800 more cases just like it to deal with.

This is an absolute mess of a lawsuit because it confounds various areas of the law such as personal injury claims, insurance bad faith, and workers’ compensation. In this case, an insurer that insured the mining company required the mining company to warn employees about specific dangers related to their employment. The mining company allegedly neglected to do so, resulting in asbestos poisoning and a substantial risk of mesothelioma. The workers filed claims on this coverage, but the insurer concluded that they could deny the claim based on the fact that the insured failed to uphold their end of the contract. This resulted in a three-way dispute between the company, that was being accused of failing to warn employees concerning dangers, the insurer who said they don’t have to pay workers’ compensation coverage because the conduct of the insured voided the policy, and the injured miners who now had cancer because their employer failed to warn them about the danger.

That led to a dispute concerning the employer’s duty to warn. The courts ruled that the company did have a duty to warn employees about asbestos. Hence, they are liable for the injuries. Because their workers’ compensation policy was voided by their failure to adhere to the policy’s requirements, a decision had to be made as to whether or not the insurance company was liable for claims. Again, the courts found against the mining company.

Nonetheless, it is unlikely that they will pay out $37 million per claim. The Great Falls jury wanted to send the company a message that they exploited and abused their employees and worked them literally to death. Nonetheless, the company will file for bankruptcy and end up paying a fraction of the money owed unless something very rare happens and the company is held to, in fact, have been malicious in its intent in which case bankruptcy protections would be voided.

Talk to a Miami Work Injury and Personal Injury Attorney

Payer Law handles complex injury claims. Call our Miami personal injury attorneys today to set up a free consultation and we can begin discussing your next moves in detail.

By Payer Law | Posted on April 29, 2022
We Handle All Types Of Personal Injury Cases