How to Find the Right Personal Injury Lawyer

If you have been injured in an accident, you should think about hiring a personal injury lawyer as early as possible. The right personal injury attorney can make a major difference for you and help you to pursue compensation for your losses such as medical costs, lost wages and more. However, finding the right… Read More »

Can You Work While Receiving Workers’ Compensation?

For most people, work is about more than a paycheck. It gives us a sense of purpose and builds friendships. In that sense, work contributes to our overall health and well-being. That is why many people want to get back to work after they suffer a work-related injury – even if they still suffer… Read More »

Liability Will Be a Concern as Florida Pushes Driverless Car Testing

Few states match Florida’s support of driverless car technology. In 2016, Florida became the first state to enact legislation that allows fully autonomous vehicles on its roads – without an operator even being behind the wheel. The state’s Department of Transportation also operates the Florida Autonomous Vehicle Initiative. Of course, safety concerns fuel a… Read More »

Will I Lose My Workers’ Comp If I Quit My Job?

You suffered a serious injury at work. In fact, the injury was so bad that you needed extensive medical treatment and rehabilitation. Because of your injury, you could not work, or you could return to work only on a light-duty, restricted basis. Given that experience, few people would blame you if you never wanted… Read More »

Every day, our legal team at Payer Law works hard for our clients. We protect their rights and fight for every cent of compensation they are due. Our goal is clear: We want to make a difference in our clients’ lives and help them to get through a difficult, challenging time. We also strive… Read More »

As personal injury lawyers serving the Miami community, our team at Payer Law finds ways to help the local population beyond providing legal services. One of the ways we serve the Miami community is by becoming involved in local charities, including a recent fundraiser for Kristi House. Kristi House is a nonprofit organization dedicated… Read More »

In a case challenging Florida’s workers’ compensation laws brought by a police officer, with the assistance of the Fraternal Order of Police, the First District Court of Appeals in Florida issued a lengthy 26 page opinion that stuck the cap on attorney’s fees injured workers can pay their attorney’s to represent them, that was… Read More »

Fit2Play Summer Camp for Miami-Dade County Children Have you decided what your children will be doing this summer? If you are seeking a fun, safe, fitness and nutrition-minded program for your child and you are a resident of Miami-Dade County, you have Fit2Play! We can all agree that staying indoors and playing video games… Read More » 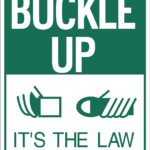 The answer to this question is almost always “yes” and for good reason. According to the American Automobile Association (AAA) website, about 33,000 people are killed each year in motor vehicle crashes. And according to National Highway Traffic Safety Administration (NHTSA), car crashes are the leading cause of death for people ages 11 through… Read More »

Less than 24 hours after being indicted on federal charges of breaking U.S. antitrust laws by the U.S. Department of Justice for allegedly rigging bids for oil and gas land deals, Aubrey McClendon, the former CEO and co-founder of Chesapeake Energy, who resigned from the company in 2013, died in a single car crash… Read More »