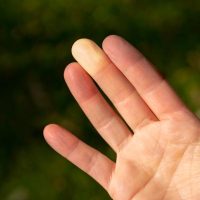 While we don’t often go down under to find interesting cases to discuss, this one essentially accuses an employer of liability after an employee developed “white finger syndrome” also known as Raynaud’s Disease.

The employee was a “continuous miner” for the company he worked for. He claims that immediately upon starting up the machine he used for work, the entire thing would begin vibrating. He was required to be at work for 7 to 9 hours a day over several years. As a result of the vibration, the employee developed white finger syndrome and sued his employer. He won a $1.5 million settlement.

White finger syndrome is a disease characterized by (you guessed it) white fingers. The smaller arteries that supply blood to the skin narrow limiting blood flow to those areas. Raynaud attacks are typified by coldness, numbness, and tingling in affected areas. While a singular cause of Raynaud has not been identified, doctors believe it is related to long exposure to cold temperatures, or stress in the affected areas. In this case, the employee successfully argued that using a vibrating machine all day for years caused his Raynaud Disease.

After his left ring finger began hurting and turned white, the plaintiff went to the hospital to determine what was happening. He was eventually diagnosed with vibration-induced white finger syndrome. Within a few weeks, the defendant lost the use of his hand entirely and was forced to resign from his job.

Also according to the plaintiff, vibration-induced white finger syndrome is not unknown to those who work with heavy machinery. Employees should be trained in the potential dangers and supervisors should ensure that employees are not working with the devices too long. In this case, the company had a lot of literature on white finger syndrome, but no policies to protect their employees against potential injuries.

The plaintiff argued that his condition prevented him from doing work for which he was qualified, and the condition was unlikely to improve at any point in the future. For that reason, the employee was awarded a hefty sum by the Australian courts for the loss of wages, pain and suffering, and employer negligence.

Employers have a responsibility to ensure that their employees are doing their jobs safely. This means training employees in potential dangers, and following protocols that avoid complex illnesses like Raynaud’s Syndrome.

If this case were tried in the United States, the employee may not have been allowed to file a lawsuit against their employer. The employee would have had their case routed through the workers’ compensation system, and OSHA would fine the company an insignificant amount of money while issuing a citation.

By Payer Law | Posted on October 28, 2021
We Handle All Types Of Personal Injury Cases