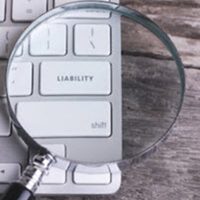 The Anaheim Angels are facing a lawsuit after one of their staffers was convicted and sentenced to 22 years in prison on charges of manslaughter by drug distribution. The staffer provided the Angels’ player, Tyler Skaggs, with a lethal dose of fentanyl and oxycodone that Skaggs had mixed with alcohol. Now, the family has filed a wrongful death lawsuit against the Angels based on allegations that they knew what the convicted staffer was doing and allowed it to continue without intervention.

A jury hearing the wrongful death case will have evidence of a conviction against the staffer. The only matter the jury will be asked to decide is whether or not anyone in the Angels organization was aware of the staffer’s conduct during that period. Skaggs was found dead in a Dallas hotel room after choking on his own vomit. A mix of alcohol, fentanyl, and oxycodone was found in his hotel room and he tested positive for opioids.

Five current and former Angels players testified that they received opioids from the defendant on numerous occasions between 2017 and 2019. California has a mandatory minimum sentence of 20 years for drug overdose-related manslaughter charges. The judge gave the defendant an extra two years for disgusting comments he made about the victim and his family after he was convicted and prior to being sentenced. The court caught wind of the comments and saw fit to add an extra two years to the sentence.

Will the Angels be held liable?

Whether or not the Angels face liability in this matter may not end up relating to whether or not they knew what their staffer was doing. Under the law, companies are generally responsible for the misconduct of their employees when they are acting on behalf of the company. Corporate personhood doesn’t always benefit corporations. However, the Angels can claim that dispensing drugs was not a part of the defendant’s job description and he was acting outside the scope of his employment when he was doing so. Vicarious liability will, however, probably apply to this case. If that ends up being how it plays out, then the question of whether or not the Angels knew what their staffer was doing could end up resulting in a finding of willful misconduct or gross negligence against the team. This would be very bad for the Angels because it would drive up the defendant’s jury award and potentially prevent them from discharging the award in a bankruptcy. Although, it would be novel for an MLB team to declare bankruptcy.

The Angels will likely be held vicariously liable for the employee’s conduct and if the plaintiffs can get enough former players to testify on behalf of the descendant, then they may be able to prove that the Angels’ brass was aware of the defendant’s conduct prior to the death. If so, the Angels could be on the hook for punitive damages and a massive settlement.

Payer Law represents the interest of Miami residents injured by negligent actors. Call our Miami personal injury lawyers today to schedule a free consultation and learn more about how we can help.

By Payer Law | Posted on January 12, 2023
We Handle All Types Of Personal Injury Cases