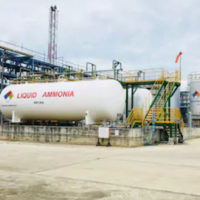 We all know that workers can be exposed to many different hazards in the workplace, and that many of these exposures can result in injuries or the development of a harmful condition. One of the most potentially dangerous workplace hazards are toxic substances, including ammonia. While this isn’t as obvious of a workplace injury as, for example, a puncture resulting from a machinery defect, anyone who is injured in the workplace as a result of ammonia exposure is nonetheless entitled to obtain workers’ compensation benefits.

What Example of an Ammonia-related Tragedy Was Recently in the News?

The Miami Herald recently reported that the owners of a Belle Glade farm are facing an OSHA fine that reaches almost six figures after receiving eight citations from an ammonia release incident in the farm’s packinghouse. The Florida company Duda Farm Fresh Foods was cited for, among other things, several violations related to its ammonia practices including not having an ammonia release employee alarm that would let employees escape and providing inadequate safety and health training for employees working with the company’s ammonia refrigeration system.

While ammonia naturally occurs throughout the environment in the air, soil, water, plants and animals, and even in humans, it is better known as being one of the most commonly used and produced chemicals in the United States and is utilized in many different industries. It is characteristically a colorless gas with a distinctive pungent smell that dissolves in water to give a strongly alkaline solution.

Which Industries Have a Higher Risk of Ammonia Exposure?

Unfortunately, exposure to ammonia can carry a substantial risk for workers who come into contact with it. According to the Centers for Disease Control, high levels of ammonia can irritate and burn the skin, mouth, throat, lungs, and eyes. Additionally, workers may be seriously harmed from exposure to ammonia, the severity of exposure of which depends upon the dose, duration, and the type of work being done. The industries that have an elevated risk of ammonia exposure include:

Have You or a Loved One Been Injured Because of Exposure to Ammonia or Other Toxins at Your Workplace?

Exposure to ammonia and other toxins in the workplace can have severe implications that affect both the injured worker and his or her family, but the silver lining to this is that Florida workers are generally entitled to obtain workers’ compensation benefits after being injured at work during the scope of employment. This means that there is a good chance that you will be able to obtain compensation for your medical expenses, lost income, and other injury-related expenses. The Miami workers’ compensation attorneys at Payer & Associates are available to help you obtain the benefits that you deserve just as we have helped many other injured workers in similar situations. Begin by contacting us today.

By Payer Law | Posted on August 1, 2019
We Handle All Types Of Personal Injury Cases