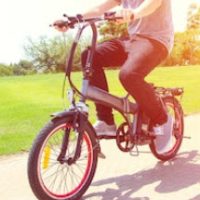 Amazon has long held that it is a marketplace, not a retailer, and thus is not subject to personal injury lawsuits filed against vendors and manufacturers who place dangerous products into the stream of commerce. Up until recently, Amazon had been losing these lawsuits on a case-by-case basis after specific allegations were made.

In one high-profile lawsuit, a number of customers filed lawsuits against the maker of a hoverboard that had a propensity for catching fire and injuring people. Amazon was held liable after a number of customers had reported the problems on their site and Amazon did not intervene to remove the product from the stream of commerce. Other lawsuits involving defective products have also been won against Amazon. However, there is no general rule that says Amazon is automatically liable for these claims. Hence, judges are required to determine what (if any) influence Amazon had or could have had in making the product available to customers.

A recent e-Bike lawsuit was dismissed on the basis that the plaintiffs failed to state a claim against Amazon specifically. Plaintiffs would prefer to be able to sue Amazon every time one of their products caused an injury. However, Amazon still is more like a flea market or a mall than it is a retailer, like Walmart. Nonetheless, the divide is growing quickly. This decision will force plaintiffs who sue Amazon to make specific allegations against the company beyond simply making a product available to the public.

Why did this case fail?

The bike was manufactured in China and assembled in the United States. However, neither of those companies were named in the lawsuit leaving Amazon as the lone defendant. Amazon never took possession of the bike. Other than giving the vendor a place to sell their product, Amazon did not contribute much in the way of negligence.

Avoiding the legalese, the court found that Amazon did not contribute liability because they neither manufactured, assembled, took possession, took title, or otherwise affected the bike’s existence in any conceivable way. They did, however, provide a platform for several companies to sell an allegedly defective product.

Problematically, the plaintiff argued that he had no remedy to file suit against the manufacturer or the assembler leaving Amazon as the only party that he could logistically file a lawsuit against. However, that comes short of proving specific allegations against Amazon.

The decision means that plaintiffs will not be able to file product liability lawsuits against Amazon just because a product offered on their site turns out to be dangerous. Amazon nonetheless has certain duties of care even as a marketplace. If Amazon gets substantial feedback that the product is dangerous, they should act quickly to protect customers. Future lawsuits will need to show Amazon’s negligence. Meanwhile, Amazon is taking a more proactive approach to dealing with injury complaints and bad vendors.

If you’ve been injured due to a dangerous product, the Miami personal injury attorneys at Payer Law can help you file suit and recover damages related to your injuries. Call today to schedule a free consultation and we can begin discussing your options immediately.

By Payer Law | Posted on February 3, 2022
We Handle All Types Of Personal Injury Cases