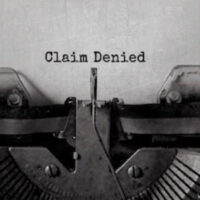 While some workers were fortunate enough to be able to transition to working from home earlier this year when it became clear that the COVID-19 outbreak was in fact becoming a pandemic, many others continued to serve our communities in public-facing roles as essential workers. And while these workers have fulfilled essential positions and served in duties that have helped our entire country and the world continue to function, they have unfortunately had to do so at the risk of their own exposure to this unpredictable virus. As of early June, almost 4,000 workers’ compensation claims related to COVID-19/SARS-CoV-2 have been filed with the Florida Division of Workers’ Compensation according to a new report. Sixty-four percent of the claims were reported in Miami/Dade, Broward, and Palm Beach Counties. In addition, almost all of the claims were filed by those working in essential roles as:

According to the Division, approximately 45 percent of these claims have been denied, a few in part but the overwhelming majority in totality.

Workers in Florida are generally entitled to workers’ compensation benefits for impairment sustained during the course of employment. However, there is a definite disparity between the ease of obtaining workers’ compensation benefits for a workplace injury in comparison with claiming an occupational illness. These claims have a higher standard of burden of proof and require claimants to prove exposure and causation in compliance with the law, making it much more difficult to obtain benefits for occupational illnesses. The novel nature of COVID-19 unfortunately heightens the difficulty of predicting the outcome of any claim.

What Should I Do if My Workers’ Compensation Claim is Denied?

One of the best things you can do for yourself after suffering an occupational-related injury or illness is to turn to an experienced workers’ compensation attorney early on who can help ensure that you have the right evidence to maximize your chances of obtaining workers’ compensation benefits the first time around. However, if you initially tried to pursue a claim on your own that has been denied, then obtaining legal help is an even more important step, especially if your claim centers on the new frontier that is COVID-19. If your claim has been denied, don’t give up on the benefits you deserve. Instead, reach out to a legal team you can depend on as quickly as possible.

We Can Help You Get the Benefits You Deserve

As the Miami workers’ compensation attorneys at Payer & Associates, we have seen time and time again that the benefits that many injured workers are entitled to often require a battle to obtain. We have a strong background in helping injured workers get all the benefits they deserve and we have the experience and knowledge you can depend on for even the most novel and complex of workers’ compensation claims. After immediately informing your employer of your work-related injury or illness and seeking proper medical care, reach out to us for help. We will work hard for you whether your claim has been denied or you are pursuing benefits for the first time.

By Payer Law | Posted on July 30, 2020
We Handle All Types Of Personal Injury Cases